The Jagannath Temple at Puri is one of the most revered Vaishnava sites of worship in India. One of the oldest Hindu temples to still be in use, its main shrine was built by Anantavarman of the Chodaganga dynasty in the tenth century. The deities within the shrine, however, are believed to be much older and are associated with the great mythical ruler of the Satya-yuga, King Indrayumna, nephew of Lord Ram. 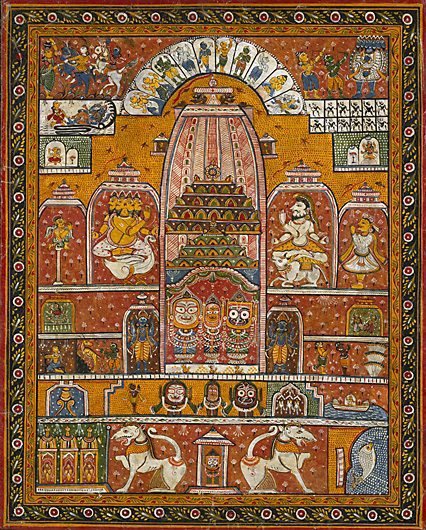 In 1174 AD King Anang Bhim Deo ascended the throne of Orissa. Religious crisis struck the young king when he slew a Brahmin. Tradition relates that he invested greatly in construction projects for the public to expiate his sins. Among the temples that he built were the ancillary shrines and the walls of Jagannath temple. The construction cost him a million and a half measures of gold (half a million sterling in 1886) and took fourteen years to achieve completion (in 1198 AD). He organised the order of the temple servitors ( Chattisanijoga) to manage the Temple built by his father. The murtis of Lord Jagannath and his siblings were revered and worshipped here without interruption until 1568.

In 1568, after defeating the Gajapati ruler Mukunda Deva, General Kalapahad led the victorious army of the Nawab of Bengal, Sultan Suleiman Karani into the Temple complex to loot it. The deities had however been smuggled out of the Garbha Griha and hidden near Chilika lake. Kalapahad soon found them and set them ablaze. A devotee had followed the army to the lake and upon their departure managed to retrieve the Bramha (soul) of the deities in some ash. He brought this (hidden inside a mridanga) to the kingdom of Kujang. In the absence of the deities from their home, the Srimandir mourned and no mahaprasad (the 56 food items served to Lord Jagannath) was served.

The Hindu kingdom of Khurda was ruled at this time by Ramachandra Deva I. He brought the Bramha to his kingdom and organised a Nobokoliboro (the Ritual of the New Body) to bring the deities back to their temporal abode. The Lord of the Universe thus returned to Puri in 1575 after almost a decade. As an expression of their gratitude, the devotees bestowed Ramachandra Deva I with the name ‘Abhinav Indrayumna’ (Indrayumna incarnate). Within two decades, Ramachandra Deva I’s authority over Puri and the Temple was recognised even by the Mughal Empire. Raja Mansingh bestowed upon him the title of 'Gajapati Ruler of Khurda and Superintendent of the Jagannath Temple'.

The Mahratta and the British assumed control of the Temple complex in 1751 and 1803 respectively. Locally, however, the Rajas of Khurda would retain the trust of the devotees in managing the Temple and its rituals. In 1809 the British East India Company officially returned the charge of the Temple to the Rajas who would retain control till British power itself was uprooted from the Indian subcontinent. 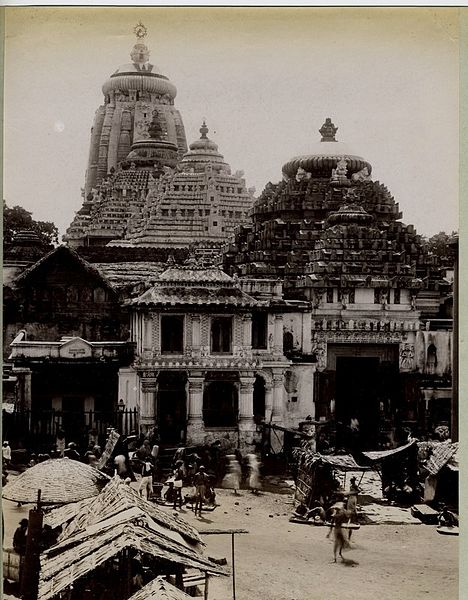 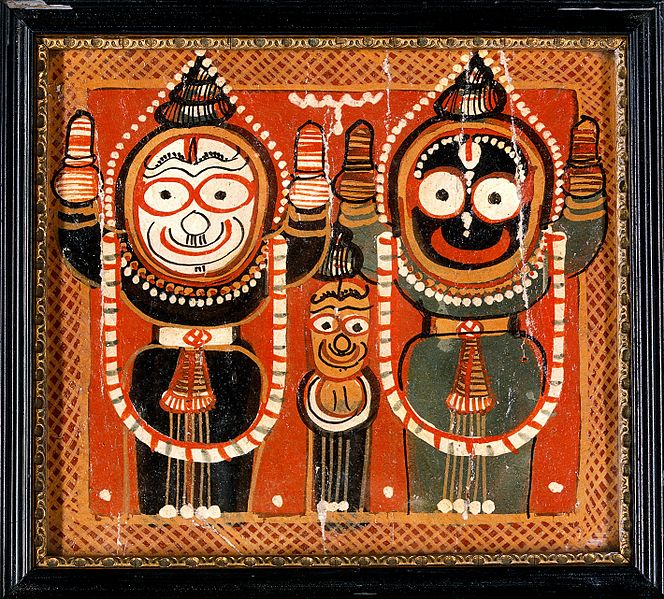 In 1975, the Archeological Survey of India undertook a project to remove the multiple layers of lime plaster to uncover the original designs beneath. The conservation project lasted for 2 decades. The temple, which in the 19th century, recognised by European sailors as the “white pagoda”, now proudly displays the natural colours of the khondalite stone that had been used by Anantavarma to construct the home of the Lord in the 10th century.

Rituals and systems within the Temple have largely continued unchanged since its construction. The Lord of the Universe is worshipped here in a very unique manner. He and His siblings are loved and cared for as members of one’s family. Each morning, they are woken up by music and an arati. They are made to change out of their nightclothes and their teeth are brushed. They are given a bath and dressed in time for the morning darshan. They would be made to change again in time for a light early breakfast (Gopal Ballabh) consisting of fruits, curd and green coconut. A second breakfast (Raj Bhoga) is served at 10 am which is followed up with some Betel nut to aid digestion. The deities eat an elaborate lunch (Madhyana Dhupa) at 1 pm. In 1910, this mid-day meal consisted of 435 dishes. A feast fit for divinity!

Every heavy meal must be followed by a short siesta and the deities are no exception. Cots are brought into the sanctum sanctorum and the gods are left to slumber in peace. By 6 in the evening, the deities are awoken for an evening snack (Sandhya Dhupa) and darshan. Soon after, they are dressed for the Chandanalagi, the application of the cooling sandalwood paste and gotten ready for the evening. The deities eat a late dinner (Badasinghar Bhoga) at 10:30 pm. Their cots are exchanged for substantially more comfortable couches in time for bed. A sevak (the temple servitor) lulls them to sleep with a recitation of the Gita Govinda (a 12th-century poem by the poet Jayadeva) accompanied by the veena (a chordophone). The Lord of the Universe and his siblings are left to slumber in bliss till the next morning. 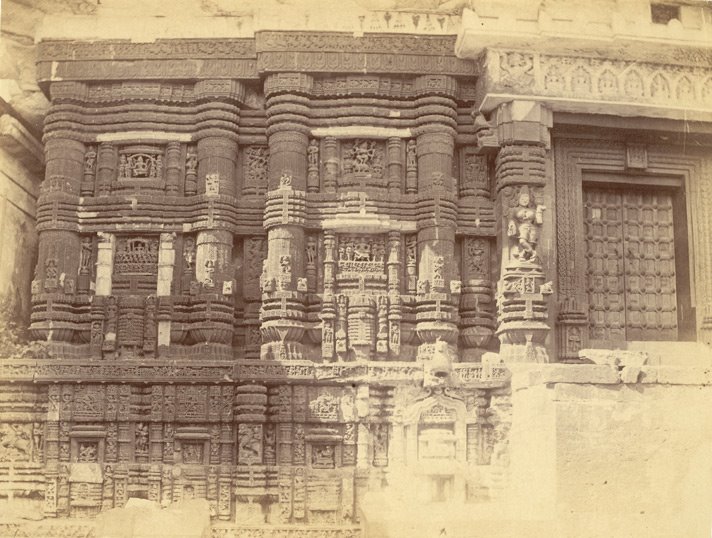 Photograph of the Jagannath temple at puri, from the Archeological survey of India Collections taken by Poorno Chander Mukherji in 1890s 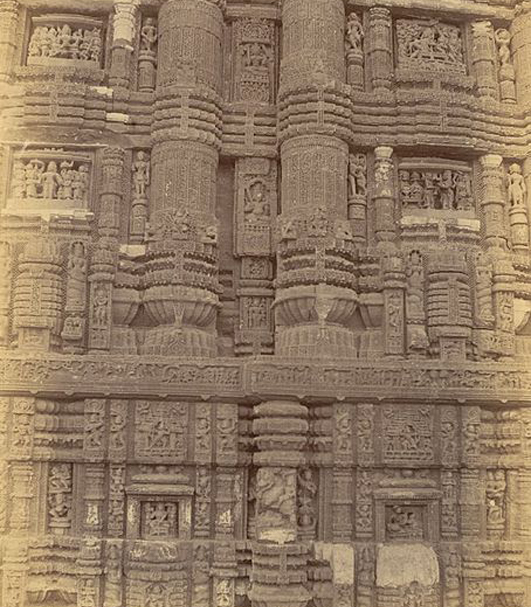 Photograph of the Jagannath temple at puri, from the Archeological survey of India Collections taken by Poorno Chander Mukherji in 1890s

a million and a half measures of gold