The Simla hills were ceded to the British through a series of transactions with the Raja of Keonthal. In its early days, Simla, like its neighbouring hill station, Kasauli, was used as a sanatorium. The cold weather, it was believed, helped in recovering from long term illnesses. It also provided respite from the usually hot and humid conditions in the plains. The British used the Hindoostan-Thibet Road and the Kalka-Simla Railways to travel. The Hindoostan-Thibet Road was started under the aegis of Lord Dalhousie in 1850, while the Kalka-Simla railway was functional only from 1903. Before these, travelling to Simla from the capital city of Calcutta was a gruelling process which would have entailed rail and cart travel. 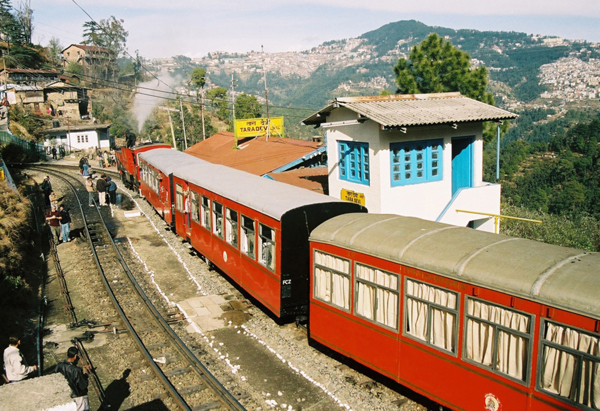 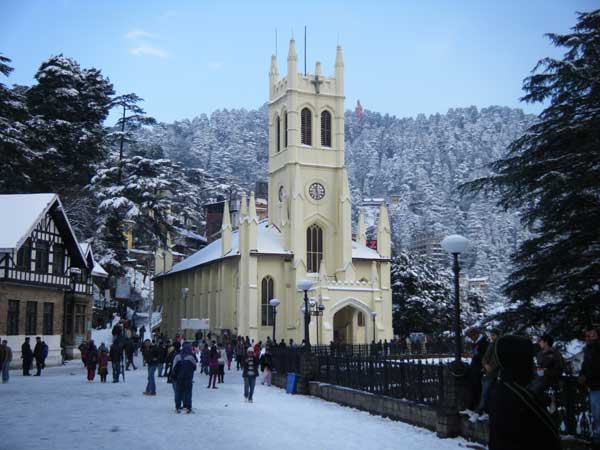 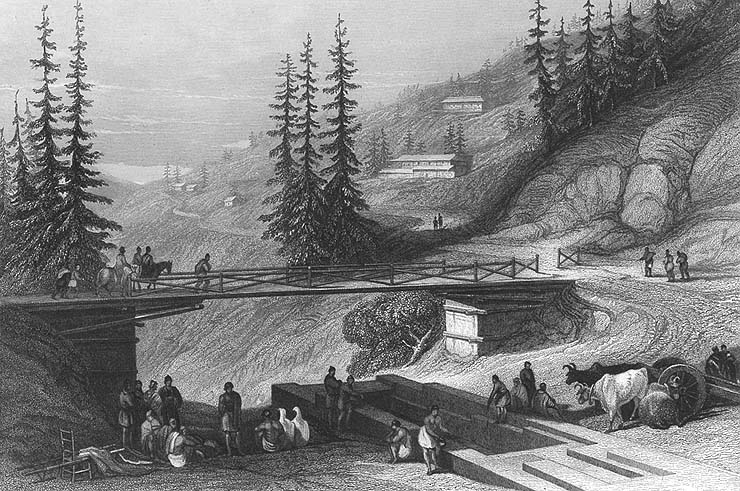 The British moved from Calcutta to their summer capital Simla, between April to October every year.

The annual move to Simla was not only undertaken by the Viceroy and his council but the entire infrastructure of colonial bureaucracy and their Armed forces. Some departments such as the Sanitary Commissioner, the Examiner of Accounts and the Military Works department established permanent offices in the hill station. Others, like the Accountant General, the Press Commissioner and many more travelled up each year with their officers, clerks, documents and luggage to set up a base near the Viceregal Lodge. The Simla Allowance Act ensured that the clerks belonging to these departments received a travel allowance to shift themselves and their families to Simla and return to Calcutta in due time. In addition, the Pay and Acting Allowances Code gave them an additional claim on two thirds of the allowance as 'personal allowance'.

Simla The Summer Capital officers purchased houses in Simla to stay in for the summer. The norm, however, was to rent out houses for the season. This concentration of British society attracted many members of Indian royal families to Simla. While some Indian kings and princes visited Simla on the occasion of Imperial durbars, the others visited Little England to mingle in English circles. By the 1800s, of the four hundred decently sized houses, thirty houses were owned by 'Native chiefs'.The Raja of Nahan owned fourteen properties while the Maharana of Dholpur and Maharaja of Jaipur owned two each.

In order to reside in Simla during the summer, an Indian prince would have to seek permission from the Viceroy’s office despite owning a house within the city. His application also had to be ratified by the Agent to the Governor General in charge of his state. In 1914, The Maharana of Dholpur, Rajasthan states that he is "physically unable to stand hot weather" and must, thus reside in Simla for the summer. 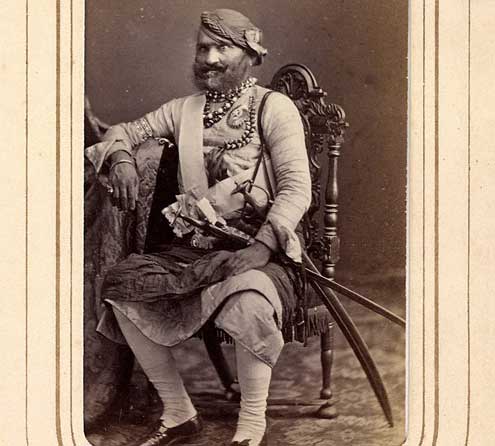 Native chiefs travelled with large retenues to suit their stature. In 1813, Maharana of Dholpur was accompanied by five officers and forty followers, while the next year, he turned up with seven Sardars and thirty-four followers. This became a cause of concern for the British authorities for two reasons. The first was a matter of prestige as the Viceroy himself toured the Imperial summer capital almost unattended. In comparison, it seemed improper for a Native chief to surround himself with an entourage. The second was a matter of practicality. Due to the boisterous festivities and crowding common to Princely homes, British officials would not rent out houses in close proximity to properties owned by Indian Princes. In addition, those Native chiefs who rented their houses to British officials were suspected of extracting political favours from their tenants. The British authorities felt that Indian princes bought properties in Simla in a childish effort to outdo each other. It was thus argued that it would be desirable to discourage, gently and indirectly, the purchase of houses in Simla by Native chiefs. Such discouragement, however, could not be formally enjoined and expressed in the orders of the government. After all, the British government did not have the legal right to stop Indian princes from purchasing property till their wealth permitted it.

The most historically significant building of Simla is the Viceregal Lodge. It was built atop the Observatory Hill and designed by Colonel J. T. Boileau. It was completed by April 1888. Mr Henry Irwin, the superintendent of works oversaw the construction of the building along with his head clerk Mr J H Baker. After Independence, it was renamed ‘Rashtrapati Niwas’. 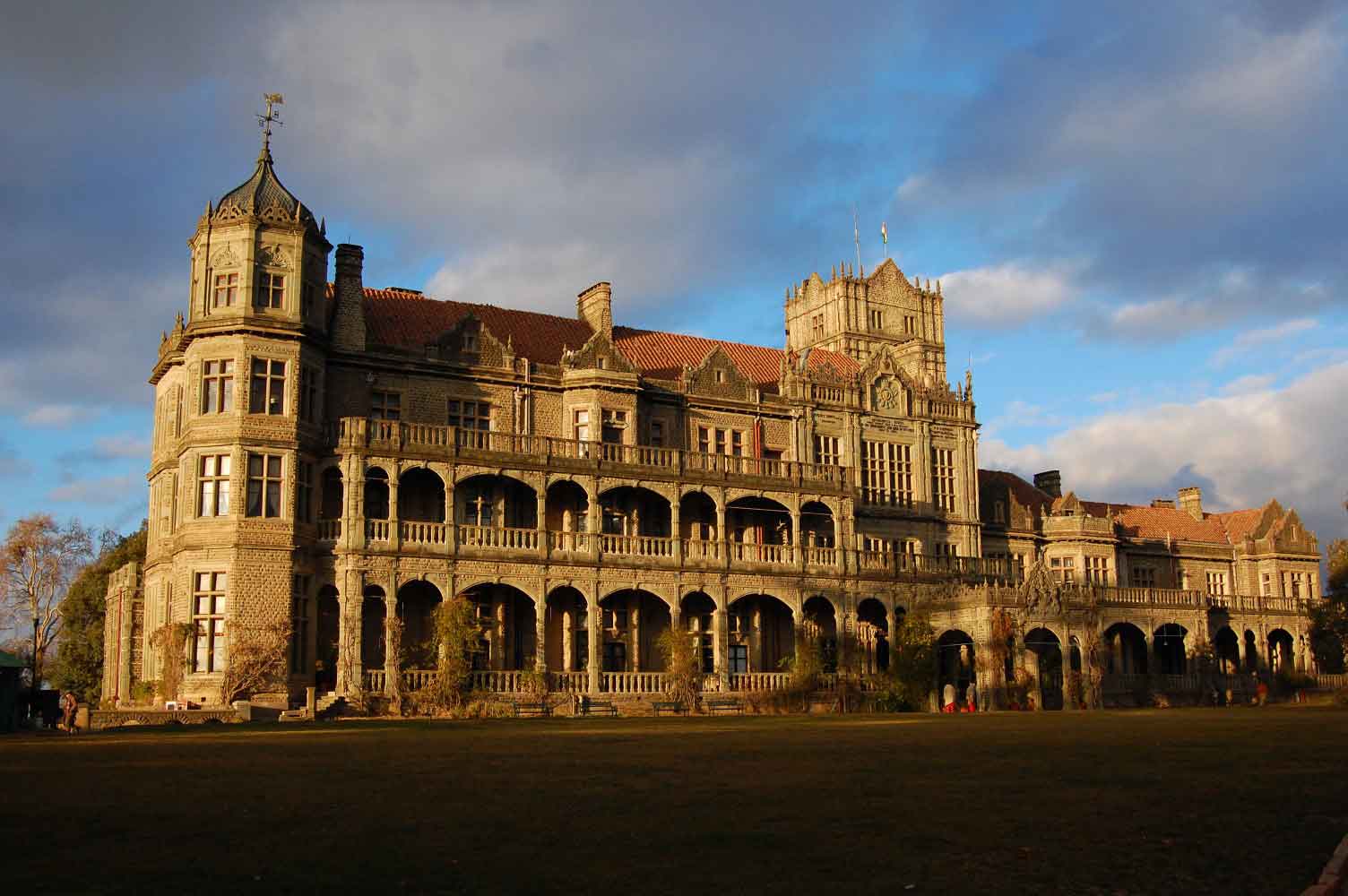 The city has witnessed some of the most historic events in India’s past such as the Simla Conference wherein the plan for Indian self governance was propounded in 1945. On 2nd July 1972, Prime Minister Indira Gandhi and Zulfikar Ali Bhutto, President of Pakistan signed The Simla agreement which officially recognised the new nation-state of Bangladesh.

Simla, now known as Shimla, was called the Queen of Hills by the British and today, tourism is the most visible legacy of Shimla’s rich colonial past.

purchase of houses in Simla by Native chiefs

The Maharana of Dholpur, Rajasthan